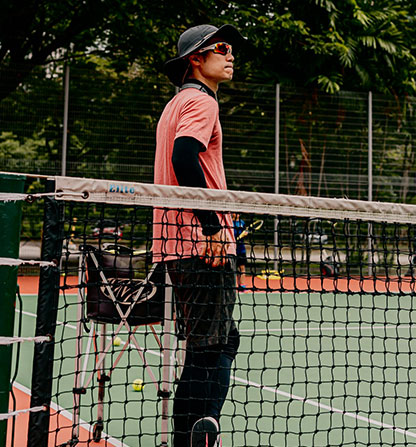 Coach Alvin has consistently been playing tennis at a competitive level for over 20 years. He also has accumulated his coaching experience for over a decade. In his early coaching career, Alvin coached the school team at the St. Joseph’s Institution International for a period of 3 years. Subsequently, he coached at the Henry Park Primary School in the red, orange and green ball tennis programmes. Before joining Future Sports Academies, Alvin has also conducted plenty of private coaching.