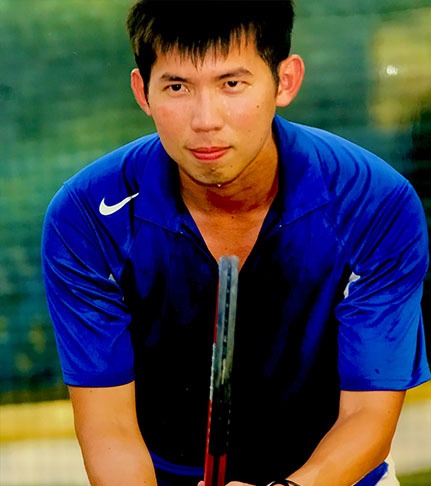 Coach Edward embarked on his tennis coaching journey upon obtaining his coaching credential over 15 years ago. He has now committed to full-time coaching after being in the corporate world for over a decade.

During his younger adult years, Edward has achieved successes in various tournaments. He emerged as a champion in both the STA’s Intermediate Singles and STA’s Advanced Singles. Subsequently, Edward entered the Singapore Open’s Singles with some successes and became a nationally-ranked tennis player. Additionally, he represented his tennis club in the STA’s Inter-Club Singles & Doubles and achieved several championships for his club with his teammates.

Over the last decade, Coach Edward has been providing tennis coaching to groups and individuals, and he has coached over hundreds of students, both adults and children. He has coached in the Singapore Sports Council’s tennis programmes and the Singapore Tennis Association’s programmes besides his private coaching.